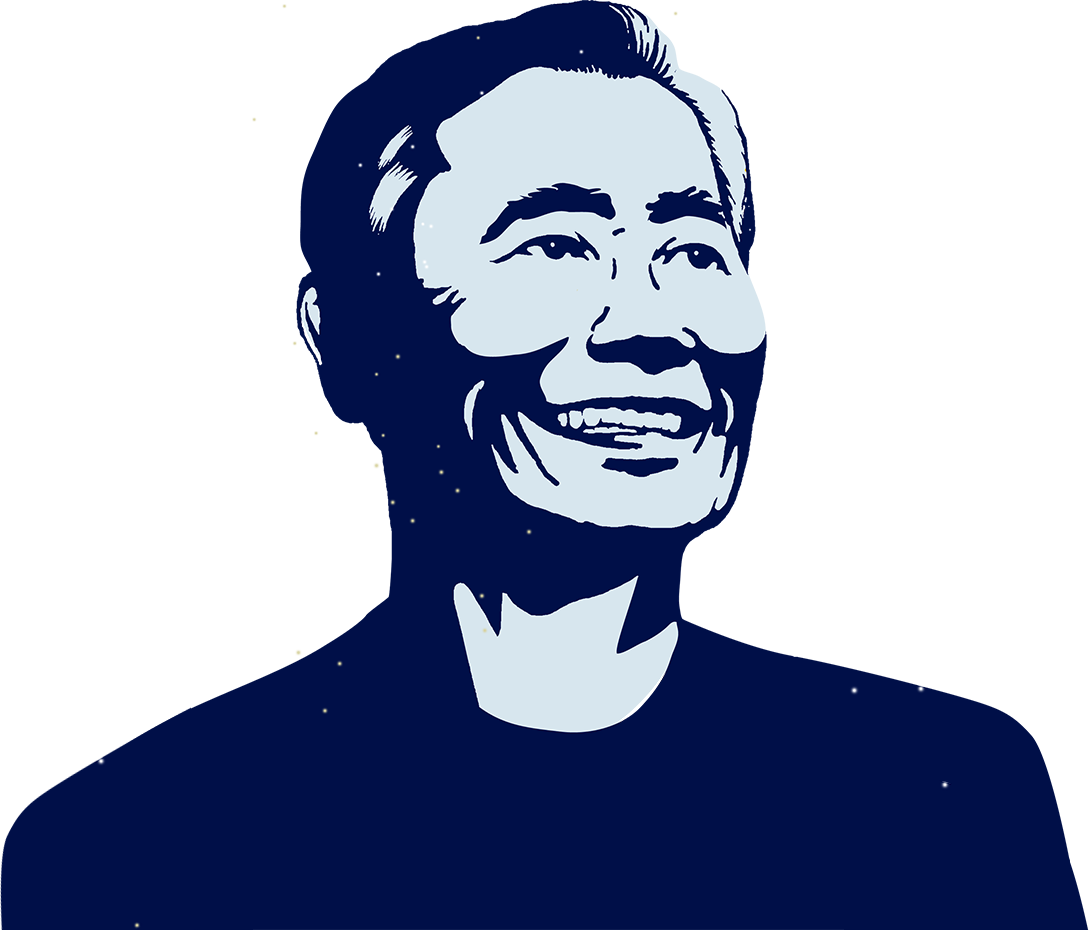 Also available on other platforms

A Star's Trek for Life, Liberty, and Love 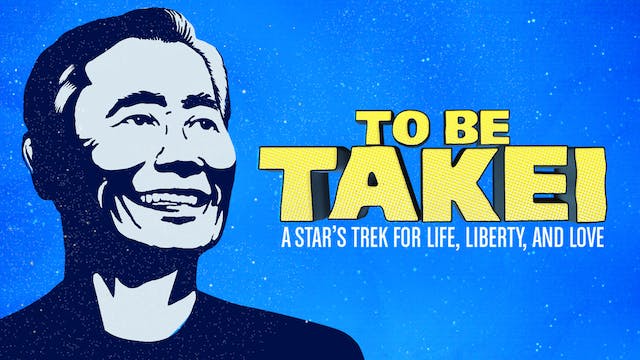 Get the full-length documentary plus over 30 minutes of bonus scenes. 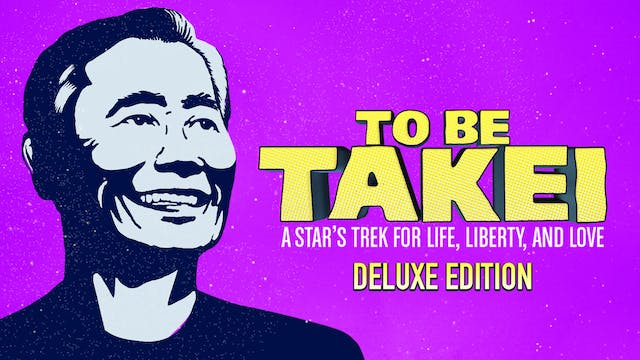 Get the full-length documentary, 80 minutes of bonus scenes (including 15 exclusive scenes featuring William Shatner, Leonard Nimoy, Nichelle Nichols and more hilarity with George and Brad Takei) and the film's soundtrack! 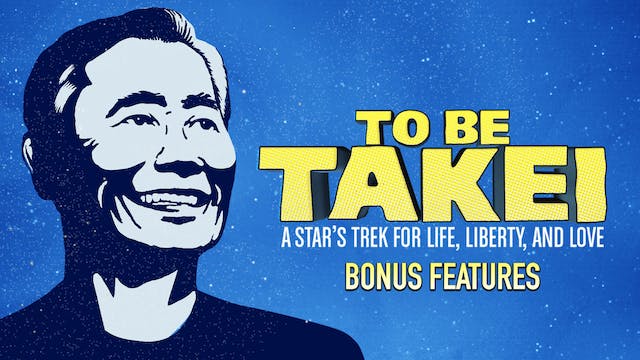 Already seen the movie? Check out these 80 minutes of bonus scenes, including interviews with Leonard Nimoy, William Shatner, Nichelle Nichols, and more hilarity with George and Brad Takei.

Over seven decades, actor and activist George Takei boldly journeyed from a WWII internment camp, to the helm of the starship Enterprise, to the daily news feeds of five million Facebook fans. Join George and his husband Brad on this star's playful and profound trek for life, liberty, and love. 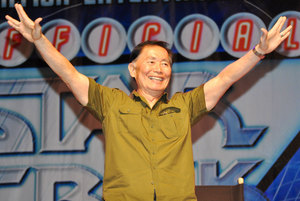 Best known for playing Sulu on the original Star Trek TV series and six movies that followed, George Takei is unlikely social media royalty. Unofficially dubbed the King of Facebook, he counts over 5 million fans in his online empire — including Trekkies, Howard Stern listeners, and the LGBTQ community — who devour his quirky mix of kitten jokes, Star Trek references, heartfelt messages, and sci-fi/fantasy memes. An outspoken advocate for civil rights, Takei has used his unmistakable baritone in several satiric PSAs, including one in response to Tennessee’s infamous “Don’t Say Gay” bill that encourages viewers to say, "It’s OK to be Takei." His current projects include the musical Allegiance, drawn from his experience of growing up in Japanese American internment camps during World War II, and the recently published Oh Myyy! There Goes the Internet. 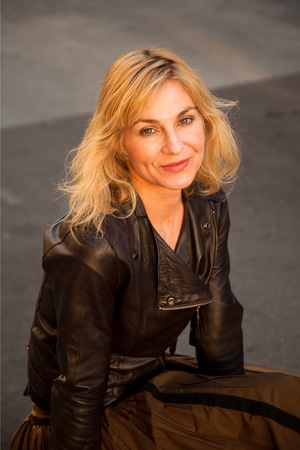 Jennifer also wrote, directed and starred in the gender bending, sci-fi, narrative feature SIRENS OF THE 23RD CENTURY (Frameline 2003). She has received grants from the Andy Warhol Foundation, Creative Work Fund, Frameline, the Pacific Pioneer Fund, California Civil Liberties Public Education Program and the Fleishhacker Foundation. Kroot is a Bay Area native and studied film at The San Francisco Art Institute (SFAI), where she now teaches film. She has been a guest lecturer at Stanford and Denver University. 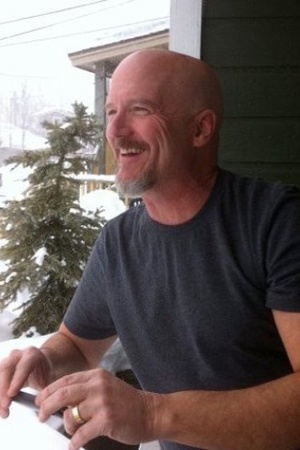 Bill recently edited THE GALAPAGOS AFFAIR, which premiered in 2013 at the Telluride Film Festival and the Oscar nominated documentary short film, THE FINAL INCH. He also edited the award winning documentaries LAST LETTERS HOME and THE ALZHEIMER'S PROJECT amongst other projects. 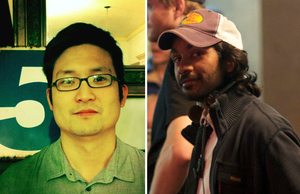 PRODUCERS GERRY KIM & MAYURAN TIRUCHELVAM formed Dodgeville Films to produce humanistic narrative and documentary films. They are in post-production with the feature documentary FAREWELL, FERRIS WHEEL – an ITVS and LPB funded exploration of the H2B migrant work visa and the American carnival industry, and the romantic drama DENIZ SEVIYESI - funded by the Turkish Ministry of Culture. They are currently in development on NANCY, a narrative feature project directed by Christina Choe. NANCY was recently selected as one of twelve finalists for Venice Film Festival's Biennale College Cinema Program and participated in IFP's Emerging Storyteller's section.

Gerry produced the documentary THE HOUSE OF SUH, which premiered at the 2010 Hot Docs Film Festival, and aired on MSNBC in July of 2011. SUH won the Masters Series award for Non-Fiction at the 2012 CINE Awards.

Mayuran’s screenwriting and producing debut, THE GIRL IS IN TROUBLE was Executive Produced by Spike Lee and premiered at the 2012 Urban World Festival.

Gerry and Mayuran received MFA's from Columbia University’s Graduate Film Program, where they won the Arthur Krim Memorial Award for excellence in producing. Their work has been supported by the SYFY Imagine Greater Award, the Princess Grace Foundation and the Academy of Television Arts and Sciences Fred Rogers Memorial Scholarship. 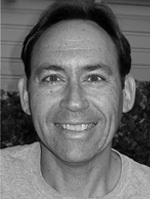 DIRECTOR OF PHOTOGRAPHY CHRIS MILLION received a 2004 Northern California Emmy for the PBS historical documentary RETURN TO THE VALLEY, about Japanese Americans returning to the Santa Clara Valley and the California Central Coast after the internment. He shot and produced segments for all eight years of the Emmy-winning PBS educational show REAL SCIENCE! His broadcast credits include programs for ABC, Fox Sports, History Channel, A&E and interviews ranging from Baseball Hall of Famers to Presidents. Chris was Director of Photography on the 2009 feature documentary IT CAME FROM KUCHAR. Chris is also the Director of Photography/Co-Producer of the forthcoming documentary WITH YOU: THE MARK BINGHAM STORY. Chris has a BS in Film from Syracuse University. 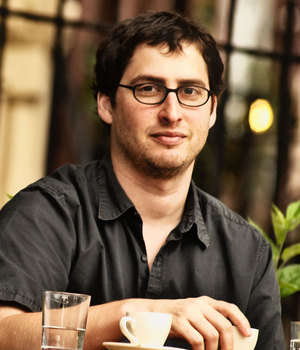 COMPOSER MICHAEL HEARST is a composer, multi-instrumentalist, and writer. His film scores include Magic Camp, The House of Suh, Kate Bornstein is a Queer and Pleasant Danger, and The Good Mother. Hearst is co-founder of the band One Ring Zero, which has released nine albums. As a solo artist, his projects include Songs For Unusual Creatures and Songs For Ice Cream Trucks. He is also the author of the books Unusual Creatures and Extraordinary People.

To Be Takei Holdovers, New Openings, and Richard Roeper's Review

Hello To Be Takei Fans,

Because of last week's successful theatrical openings in Detroit, Toronto, Seattle, Lanchaster, PA, Portland, OR, and San Francisco, CA, we've been held over in those cities for another week!  So if you live in any of these areas and didn't get a chance to see it in theaters, now's your chance to do so.

Our film will be also opening in Dallas, TX at the Texas Theater and Chicago, IL at Facets Cinémathèque this weekend, so please make sure to check out the film while you can!

It will also be showing next week in:

Gainsville, FL on 9/2 at the Hippodrome Theater

Bloomington, IN on 9/4 at Indiana University Cinema

Richard Roeper of Richard Roeper At the Movies and the Chicago Suntimes gave TO BE TAKEI an "A" rating!  Please check out his review here:

Finally, if you can't make it to a theater, or want to own a digital copy, the film is available across a variety of digital platforms, including iTunes and Amazon.  If you choose to watch it on iTunes, you'll have access to over a half hour of incredible deleted scenes.

Please continue to help us spread the word about the film to your friends and family through your preferred social media channels.  You can Tweet or Instagram your viewing, wherever it may be, using our handle @tobetakei.  Our favorite photos will be reposted, and a lucky few will be mailed the official TO BE TAKEI button pins.

The TO BE TAKEI Team

A unique blend of camp and conviction, “To Be Takei” deftly showcases George Takei’s eclectic personality and wildly disparate achievements, from “Star Trek” crewmate to gay-rights activist. Arguably more famous as himself than he was as Sulu, Takei goes from Comic-Con conventions to Congressional hearings, with stints as Howard Stern’s announcer in between. As with her delirious 2009 documentary “It Came From Kuchar,” director Jennifer Kroot grants her subject’s past and present endeavors equal vitality, effortlessly jumping backward and forward, and creating an alternate continuity that owes little to straight-ahead chronology. Results should wow auds of various persuasions.

Kroot’s task is simplified by the fact that Takei’s activities at any given point incorporate earlier incarnations. On the simplest level, his role as Sulu in the original “Star Trek” TV series leads to his reprisal of the part on the bigscreen. Kroot briefly interviews fellow cast members, including a typically phlegmatic Leonard Nimoy and considerably more enthusiastic cohorts Nichelle Nichols and Walter Koenig. But by far the most amusing moments arise from William Shatner’s denial of friendship with Takei and his obvious discomfort with Takei’s homosexuality. It’s unclear whether it was Takei’s or Kroot’s idea to interpolate a veritable gallery of pornographic Internet artwork imagining Shatner and Nimoy locked in homoerotic clinches.

On a deeper level, Takei’s childhood years in desolate internment camps during WWII and his family’s loss of their home, business and savings (Kroot supplies archival photos of the prison-like barracks and the hateful graffiti greeting Japanese-Americans upon their release) becomes the topic of Takei’s college lectures, his testimony before Congressional redress committees and a Broadway-bound musical called “Allegiance.” Likewise, his crusade for ethnic equality fuels his fight for gay rights after he triumphantly emerges from the closet in 2005. Ever one for self-reinvention, he now sees his Facebook followers numbering in the millions.

Although Kroot structures her film around Takei, her focus is dual: Takei’s partner of 25 years, Brad Altman (or “Brad Takei,” as he has been known since their marriage, introduced as such in the opening credits) shows up in virtually every scene. A complementary part of Takei’s private and professional life (George as idealist, Brad as pragmatic worrier), he helps to give the picture its peculiar give-and-take rhythm. Thus Takei’s gigs at Comic-Con, where he signs autographs at $35 a pop, represent anything but a sad comedown, functioning instead as an object lesson in relationship interdependence: Acknowledging the camera, stage manager Brad sheepishly stuffs bills into his fanny pack, leaving a smiling George to exude charm to faithful fans.

Throughout, Kroot blends in a plethora of well-chosen clips from Takei’s neverending career, from his first, promising TV appearance on the prestigious “Playhouse 90” (in an episode entitled “Made in Japan”) to his less expansive if not downright stereotypical movie roles in “Green Berets” or “Which Way to the Front,” as well as smallscreen standbys like “Perry Mason” or “Mission: Impossible.” Paradoxically, his career really caught fire after he came out, with guest shots on “Will and Grace,” “Malcolm in the Middle” and “The Apprentice”; famously, he and Brad pioneered same-sex coupling on “The Newlywed Game.”  For sheer entertainment, however, nothing can top Kroot’s inclusion of campy “Star Trek” excerpts as Takei, impressively bare-chested, manically wields a fencing foil or fearfully edges away from an alien femme fatale bent on seduction.

Want to see To Be Takei in a theater but don't see it playing near you? Set up a screening in your city with TUGG! View on Tugg.com

For exclusive updates on the film, please fill out the form below: